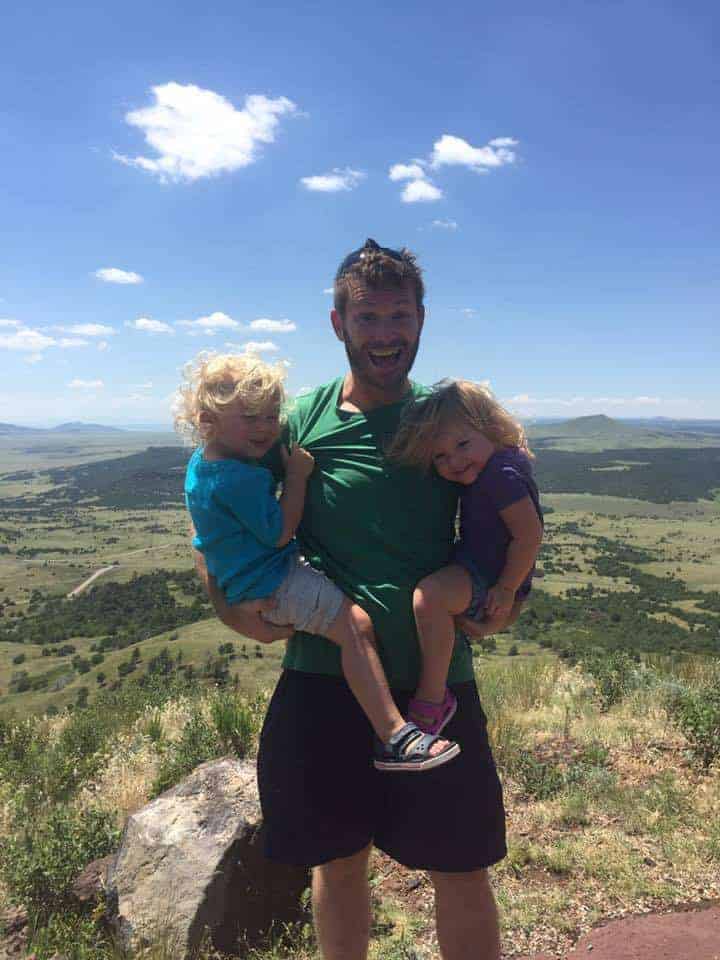 A Little Background on Justin

Justin Houck was born in Parma, OH while his parents (both recruiters for the Marine Corps) were stationed there on recruiting duty.

Following in his parent’s footsteps, Justin joined the Marines, utilizing his time there for education, attaining not one—not two—but three degrees, based in social psychology. Justin left the Marines in 2011 as a Captain and began work for Marathon Oil.

Justin then began the creation of Rad Dad, a website and blog designed to be “the easiest way to find fun kid adventures in San Antonio.”

The website started as more of a personal reference point for great places Justin found to pass the time with his kids, but he soon realized it would actually be a useful resource for other parents looking for kid-friendly places to go in San Antonio.

And even more than being a convenient resource, Justin says, “My goal is to get people out there and get them to increase the probability of interaction.”

Justin acknowledges men out with their kids are largely outnumbered by women. Combine that with their natural social awkwardness, and it is easy to see why Justin would think men might need a little nudge.

“My wife’s a great example. She had the kids for the summer while I started working on Rad Dad. Within a phone call she had two other moms [to go out with] and it represented three moms and seven children. Two years on the streets, man, and I can’t put something like that together,” Justin says.

What makes a Rad Dad? Justin has it narrowed down to a few key points:

Someone always has to watch the kids.

You can party, but don’t lose your mind.

Bring positive energy to the experience.

Bottom line, “Time flies when the kids are playing with other kids and you’re talking to other adults,” Justin says.

A Mission for Veteran Program Awareness

Because Justin isn’t just a Rad Dad, but also a military veteran living in San Antonio, another goal in speaking with us over at Braustin was to bring awareness to the little known programs offered by the Texas Veterans Land Board.

The VLB offers options in not only home and land loans, but actually auctions off land every quarter at reduced rates, giving first dibs to veterans. (The next auction will open in October.)

Justin says if veterans will combine the knowledge of Braustin and its passion for affordable housing with the resource of the VLB, they “can significantly reduce the financial burden of buying a house, and the stress burden of where all of this is going to come from.”

The Veterans Land Board also has an ongoing land auction to the public as well as a whole host of veteran assistance for all aspects of military to civilian life transitioning.

“It’s one more way that [veterans] can do something they may not have known of before,” Justin says.

Be Sure to Check Out Rad Dad

If you’re in the San Antonio area and need some place to take your kids (where other people might know the Rad Dad rules) be sure to check out Justin’s website where he’ll give you ideas on parks (with more than just a slide and monkey bars) and kid-friendly restaurants that won’t give the stink-eye to your noisy crew.

And for our Veterans out there, if you would like help taking advantage of some of what the Texas Veterans Land Board has to offer, give us a call and we’d be glad to answer any questions.