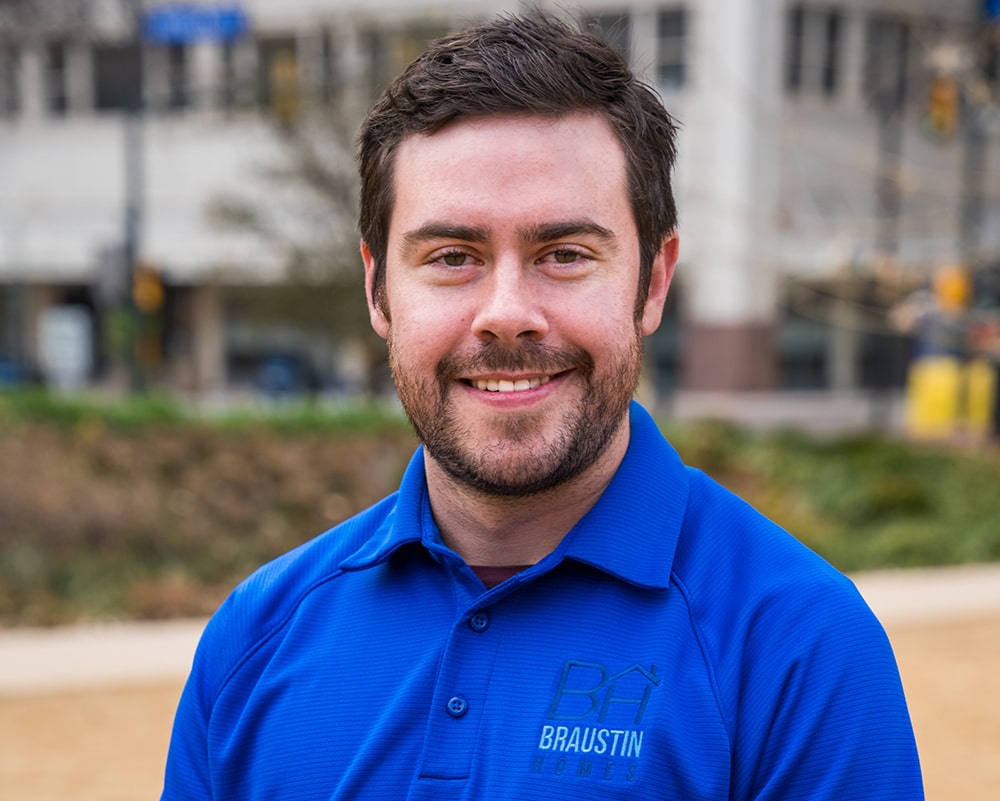 Intro: Meet Cody Johnson! He serves our customers as a Customer Experience Specialist, and has been with Braustin Homes since January of 2021. For a little over 6 months now, Cody has been an integral part of our team, and we are so excited to share his experience thus far.

Tell Us A Little About Yourself.

Cody Johnson: My name’s Cody Johnson. I’m from San Antonio. I went to small private school here in the San Antonio area, it was Trinity Christian Academy. I did a little bit of college here and there, spent some time at UTSA, and spent a semester in East Texas at LeTourneau University where I played a little soccer.

My love for soccer is pretty much the only thing that took me out to that college. And that wasn’t enough to outweigh… So, I decided to come on back and just live what to me… seemed like a normal life again.

What brought you back to San Antonio?

Cody Johnson: So I think spending some time in East Texas helped build my appreciation for San Antonio.

Tell Us About Your Role Here at Braustin.

Cody Johnson: I am basically the customer’s main point of contact after closing. I just want to make sure that I’m doing everything within my power to give the customer the best experience possible.

And that’s definitely the most fulfilling aspect of it.

And Your Family, Tell Us About Your Wife & Son.

Cody Johnson: My son will be turning 4 in June. Which is really exciting, especially as he continues to get older, the personality really comes out and stuff.

What About Your Wife, What Does She Do?

Cody Johnson: She is a Facility Safety Manager for the HEB Bakery.

My wife had me go check out this coffee shop just down the road not too long ago called Halcyon.

It was pretty solid. I liked it. We went on a walk, the river right next to it.

What Do You Enjoy Most About Braustin?

Cody Johnson: Just the relaxed nature of the company is super awesome!

So if there’s ever an emergency, for instance the other day, we had a daycare issue, things like that. Jason and Alberto are clearly very willing to work with us and help accommodate.

It’s relaxed and there’s no need for micromanagement because of how well everybody does. I know you all are doing great on the media. I can hear the salespeople, they all sound great on the phone.

And so it’s really cool just having such a relaxed and yet driven environment.

Do You Have Any Pets?

Cody Johnson: I do. Yeah, I have a dog named Jake.

So then whenever we both worked at State Farm, we ended up living together, and that was when we got our dog.

And so he’s Jake, which is basically like “Jake – from State Farm.”
He’s half border collie, half shepherd. He’s 60, 70 pounds, got a lot of energy.

Wynton Carter: Does he have khakis?

Cody Johnson: I got that so many times when I worked at State Farm.

Do You Have Any Hobbies That You Enjoy?

Cody Johnson: We played a couple pickup games, some shooting around and stuff. They were good games!

I think I just edged out Chris. Forgive me, I got to say that.

But I have a feeling he mentioned it, so I’ll put on record, he did block me several times. I think he blocked me 4 times, one of which he swatted it way out of there!

It was a big one.

So that’s it: Meet The Team : Cody Johnson. We would love to chat with you or hear about your experience on our Facebook page or through our Contact Form.