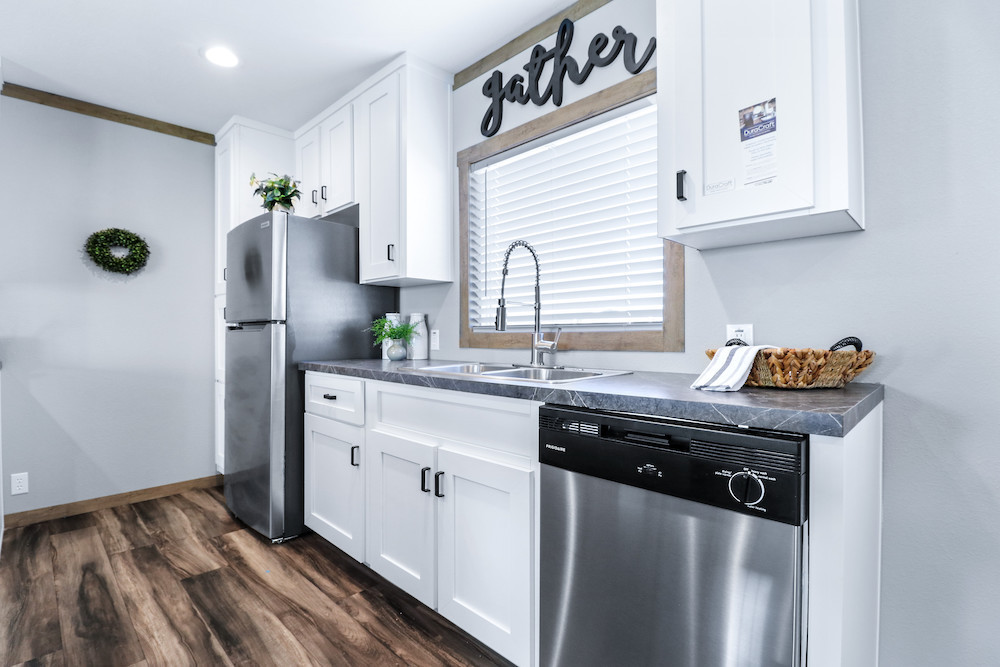 Introducing NXT by Clayton Athens: Luxury You Can Afford

The NXT Series by Clayton Athens

A few weeks ago we added a new series of homes to our line up—NXT by Clayton Athens. We’ve searched high and low for just this kind of mobile home wondering if we would ever find it. We needed a mobile home that would offer spacious living areas, luxurious finishes, and a bright, airy feel while still being packed with modern conveniences. And if that wasn’t enough to ask, it had to be affordable!

Basically, we were looking for the unicorn of manufactured homes.

But then, we discovered the new Clayton Athens building facility and the incredible line of homes they were offering. These beauties are exactly the homes we’ve all been waiting for!

Keep reading to find out what makes the NXT Series so special and how the Clayton Athens building facility has used innovative technology to not only build a beautiful home but offer it at an affordable price point.

About the NXT Series

The NXT Series by Clayton Athens exceeds every expectation you have about a mobile home. These homes have the modern design and open-floor concept today’s home buyers are looking for, from white cabinetry to barnwood accents to spa like bathrooms.

Each home is named for an industrious woman considered a pioneer of her time—The Aimee, The Amelia, The Isabella, and The Nellie–and they start at $72,899 with everything you see in the home tours (except the furniture) included in the price!

I don’t know if you can tell, but we’re pretty excited about these homes!

About the Clayton Athens Building Facility

As much as we love these manufactured homes, we also love the facility they’re built in. Clayton Athens has brought technology to their mobile home building process, both streamlining construction and focusing on the comfort of their builders.

The new building facility was constructed in Athens, TX after an in-depth survey was completed by Clayton employees to learn what would make a more appealing and satisfying work environment. They took this feedback and turned it into their new facility, bringing their builder’s requests to life.

One of the biggest annoyances for Clayton builders was saw dust. To nearly eliminate this problem the Athens factory has built-in vacuum ducts which remove the saw dust as it is produced.

Another frequent request had to do with the relentless Texas heat. Air conditioning the entire manufacturing facility would be difficult with its immense size and height, but to circumvent this problem, Clayton installed what they call “cool zones”, where large ducts blast cold air in areas around the construction zone. This allows workers to stand under the ducts and cool off without having to leave the facility.

Other unique and innovative features of the Athens facility include:

iPads and Flatscreen monitors throughout the facility to reduce paper waste

The features of the Clayton Athens facility may not seem like it has much to do with the NXT Series of homes we’re talking about, but it really has everything to do with it. Because the Athens facility has put so much focus on making their builders happy, the output of productivity translates into not only speed, but quality and care in the homes they produce.

(Check out this video to see more about the Clayton Athens building facility.)

How is the NXT Series so Affordable?

I know what you’re thinking… how on earth can these homes still be affordable? Well, like our first and top selling factory, TRU homes, the NXT Series has limited options to maximize building speed. Unlike other factories, however, Clayton Athens has made the most sought after upgrades as standard in every home.

So, while each home can be built quickly and efficiently, these homes feel customized.

Combine this construction technique with the high-tech building facility, and the NXT Series by Clayton Athens has become that luxuriously affordable manufactured home unicorn we’ve been searching for!

And right now, Braustin is the only place you will find offering the NXT homes in West and Central Texas as well as the Texas Coastal Bend.

Here’s a look at the 4 floorplans in the NXT Series. Follow the links provided for a 3D interactive home tour and stay tuned for the release of the remaining tours!

We are proud to offer this line of beautiful, affordable homes and look forward to answering any of your questions!