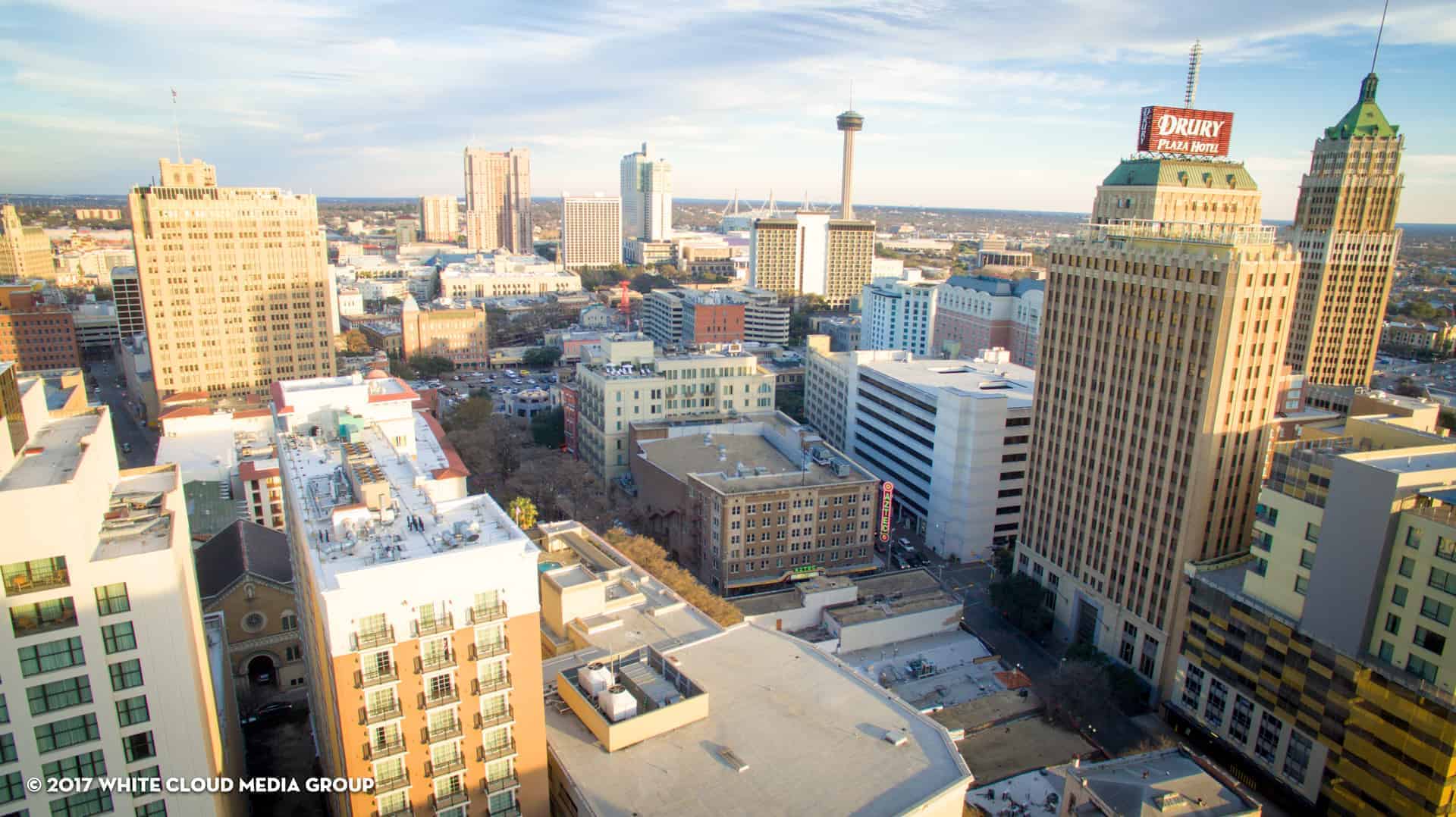 Today we have a guest post from our very own Alberto Piña, CEO and Co-Founder of Braustin Homes. Beyond providing the most fair and honest prices in the mobile home industry, we are passionate about seeking to change how people think about mobile homes. Read below to find out what fuels our inspiration and what steps we see can be taken to offer affordable housing solutions within the San Antonio city limits!

Every morning I make the congested drive along I-10 headed downtown. Most often I’m lost in my own thoughts and ideas, just aware enough of the red taillights ahead of me to know when to stop and go again. But then, where I-10 and I-35 South merge, when I should be scanning for any hasty commuters looking to squeeze in the two feet I’ve left between my vehicle and the one in front of me, as the hill crests toward the overpass, that’s when I see it: the heart of San Antonio in full view through my driver side window.

It’s not the buildings that strike me, however, but the people that fill them. I don’t just see the traffic flowing through and around these skyscrapers, but the true lifeblood of my city. And it’s this view that continues to remind me why I started Braustin. To me, each car represents someone traveling to their bread and butter job, trying to pay their bills on time and keep a roof over their head. I picture the firefighters and teachers, the cashiers and receptionists, the trolley drivers and construction workers. They are the workforce. And I see the housing market leaving them behind.

Beyond running my own business, my passion has become offering a new solution to the affordable housing crisis plaguing not just our great city, but our nation at large. Over the last few years I’ve watched as rent and home prices skyrocketed, and then watched as the mobile home industry followed suit. It became quite common for buyers to close on $100,000 chattel loans, a price more typical of modest starter homes in some of San Antonio’s mature central areas, not manufactured housing.

Today, the average home price in the state of Texas is about $287,000 with average rent sitting at just over $1,500 per month. For the lower middle class earner, monthly costs like this easily account for over fifty percent of monthly income. And home costs don’t appear to be falling anytime soon, especially with the booming Texas economy.

The usual response of the city to incentivize developers has already been initiated. Developers are responding to the call to work for these city contracts but have faced considerable opposition from the surrounding neighborhoods before beginning construction. My intention is not to demonize these communities, but to point out that higher income areas unwilling to mingle with lower income individuals will be startled to find the lack of teachers for their schools and first responders for emergencies in the coming years. These valuable contributors to a well rounded society will have been forced out by the “not-in-my-backyard” attitude of those community members honing in on today’s comfort rather than tomorrow’s crisis.

But city contracts for fixed rent apartment units do not have to be the only solution. I interviewed Elizabeth Singleton, founder of Build us HOPE out of Pheonix, AZ, about her battle with city zoning laws to allow construction of tiny home communities for the homeless veteran population. Her idea was to purchase vacant, unused tracts within the city and transform them into small communities where veterans could achieve new life stability through homeownership. Eventually, she won the battle and has tiny homes spreading like wildfire throughout the state of Arizona.

We’re mobile home guys though, so our focus looks a little different. But the core of our vision does involve revamping the zoning laws throughout the city limits. Right now, manufactured housing is still heavily stigmatized. New mobile home installation is only allowed in the city if confined in a mobile home community.Further, zoning laws also require a certain square footage, foundation, roof pitch, and other standards that make the minimum building cost on a home, before permitting and paying the crew, over the heads of many of the home buying market we aim to help.

Currently, mobile homes—and any alternative housing options, like the tiny homes I mentioned or even converted shipping container homes—are not being given a fair playing field that would allow equal opportunity for the market to decide what housing options it has room for. Without competition of lower priced rental units and houses, the real estate within city limits will continue to climb until only millionaires can afford to live in the midst of the culture and diversity that the working class helped create.The city of San Antonio is brimming with creative entrepreneurs and yet unfortunately stifles the room for innovation needed to bring about a turnaround to the severe shortage of centrally located affordable housing.

The team and I speak with families in San Antonio and across Texas every day who work hard, live modestly, and are striving to achieve the ultimate American dream to become homeowners and create a new legacy for themselves and their families. Governmental subsidized housing and other charity measures are designed to help those considered to be living under the poverty line. But it’s the middle class, the $50,000 a year and below earners, the ones who used to be making enough to get by, who are being looked over and left behind.We can only make our prices fair and offer the best customer experience we know how to, in turn broadcasting awareness to incite city legislators to make changes that support these vital members of our communities.

Every morning, I exit I-35 right in the heart of downtown San Antonio and stop my truck under the overpass. I pay the $3.00 fee required to park for the day, shoulder my backpack, and begin the five block walk to my rented office space. I watch with mixed joy and concern at the hustle and bustle of the city around me, feeling the life and energy of its citizens, and the renewed inspiration to work on behalf of the workforce—the lifeblood—fills me once again.