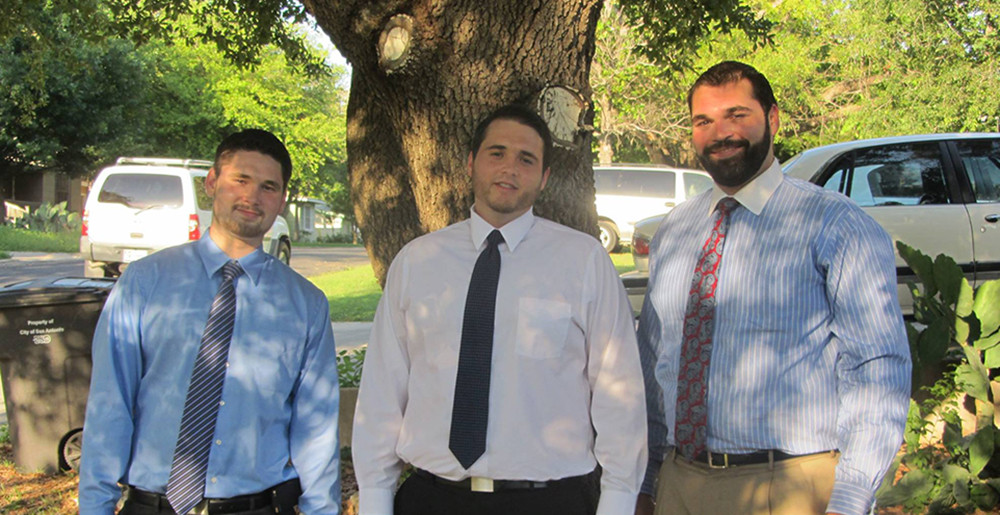 The lightning was especially bright, and for an instant would illuminate the dark hospital room where my friends and family gathered around my dying brother. We each took turns playing songs on YouTube that reminded us of Jonathan, and I could tell my mother took some comfort in the thought that the skies were opening up to welcome her baby boy into Heaven.

My brother held on through the night and ended up passing away the following day just five days shy of his twenty-fifth birthday.

Through the rest of April and nearly the entire month of May, record rainfall drenched the state of Texas. To my family the rain seemed fitting given the circumstances, but to many other families throughout the state it was taking a devastating toll. I had returned to work by then, but was having a very difficult time since my brother and I had created this company a little over a year before and rarely went more than a day without seeing each other.

My first week back I sat down with the Negrette family from West Texas to finalize their desired options and color selections for the new home we would be building for them. They had started as Jonathan’s customers a few months back and I wanted to finish out the deal for him. As they were about to leave, Mrs. Negrette handed me a gift bag and expressed their condolences.

I closed my office door after walking them out and opened the gift. Inside was a blue house their son had made from popsicle sticks and a letter detailing the agreement Jonathan had made with the six year old to make him one just like it the first day they had driven down to see us. The letter was touching and refocused me on the impact we have in our customers’ lives.

My brother and I had started this company in the hopes that we could change the way consumers in the factory built housing industry bought houses and help as many families as possible achieve the American Dream of home ownership. It gave me some comfort to see that my brother’s vision was living on even after his death. Over the next couple of weeks I found it difficult to mourn the loss of my brother as I witnessed the devastation and loss just a short drive north of me unfold on national television.

The city of Wimberly had been hit hard by the floods and there were dozens missing. A few of my teammates and I decided to head up there the Sunday after we had seen the news reports to see what we could do to aide in the recovery efforts. The locals needed all the help they could get and I really needed something to take my mind off things. We arrived at the church being used as the city volunteer center, and after receiving tetanus shots, we were bused out to the disaster area.

The pictures we had seen on the news could not compare to the devastation we witnessed firsthand. House after house had been washed away down to the foundation and debris littered the area.

What I witnessed that day however was nothing short of inspiring.

Dozens of volunteers young and old came together to help people they had never met. No matter what their physical abilities, it was clear that all were working as hard as they possibly could and we ended up making two massive piles of debris near the road by the end of the day. All down the street other groups had formed similar bonds and they too had formed piles of debris. Throughout the day, families drove up and down the road handing out drinks and barbecue to the volunteers.

Perfect strangers had bonded together and shown that resilience and spirit of community still remained strong throughout the state of Texas.

The Negrette’s and the volunteers of Wimberly showed me that we all get a chance in our lives to make a difference. We are all intertwined during our time on this earth and regardless of our race, religion or nationality, we all benefit when we come together to share a common purpose.

I will never be able to replace my brother. He was an amazing man and I am proud to say he was my best friend. I can however ensure that his legacy lives on and that the company we created together continues to live up to its promise to help as many families as possible.